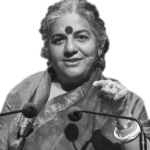 » Corporations like MONSANTO and BAYER are a growing danger to humanity and the entire planet. Support the CBG! «

There is more and more scientific evidence that glyphosate harms humans and animals. Throughout the world. It makes people ill. Hundreds of thousands of them. It ruins the climate. It poisons foodstuffs. It contaminates the soil and sterilizes fields. It exterminates insects and birds. Google supplies millions of hits. The scientific studies, reports, documentary films, and pictures are shocking. Why are there no public health measures?

In many countries, people are suing in court, because their health and life has been ruined. More than 150,000 suits against Bayer/Monsanto are known already—in the U.S.A., Canada, and Australia alone.

Bayer wants to pacify the plaintiffs: for example, with ten billion dollars of ‟compensation” in the U.S.A. Compliant politicians and scientists are supported and subsidized. Critics they dislike are spied upon and put under pressure.

At the same time, Bayer’s profits from glyphosate continue to flow. To make that remain the case, the Bayer group compels the use of glyphosate in combination with genetically-modified seeds.

Death, misery, and environmental destruction must end! We must stop glyphosate now!